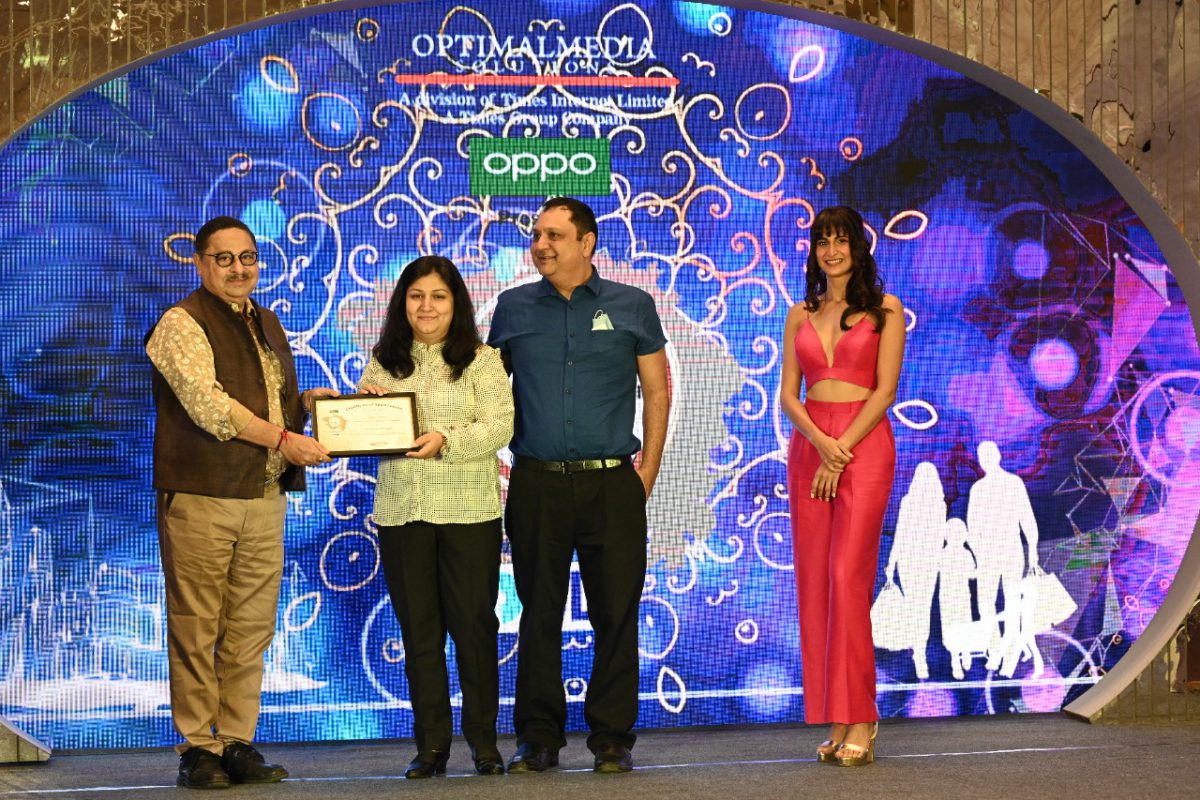 SmartHomes Infrastructure (P) Limited, the leading Real Estate Developer in Dholera Smart City has been presented “VISIONARY OF THE YEAR” award at “Times Reality and Retails Icons 2021” held at DoubleTree by Hilton, Ahmedabad for its dedicated and committed work over the last decade in Dholera Greenfield Smart City “The Multi Trillion Dollar baby: 2040”.

The award was presented by the honourable National president of Institute of Town Planners India (ITPI), Shri. N K Patel.

Dholera Greenfield Smart City, India’s First Self Sustainable Smart City is being developed on 920 Square Kilometres and is projected to have multi trillion dollar value in Land and Building assets by 2040. Dholera Smart City is the dream project of our honourable Prime Minister Shri. Narendra Modi.

The idea of developing India’s first Greenfield Smart City on Delhi-Mumbai Industrial Corridor was conceptualized by the central government in 2009 and is promoted by then Chief Minister of Gujarat and current Prime Minister of India to make Dholera SIR as India most advanced city of India.

The land of Dholera which is salty and near the sea, Smart Homes team believed in the concept and started working in that direction of making the city a smart and sustainable green city. Dholera Smart city is second biggest global Greenfield Smart City in the world after NEOM.

Dholera will be most strategically located city on DMIC corridor. Dholera Greenfield Smart city is now built on the both sides of Expressway 741. This highway will reduce the travelling time from Ahmedabad to Dholera to less than an hour. Dholera will have International Airport named as New Ahmedabad International Airport. Metro will also be constructed and one can reach Dholera from Ahmedabad in 50 minutes. 2 million persons are expected to migrate to Dholera by 2040 and 800,000 employments will be created in Dholera SIR.

The value of Land which is currently around Rs. 3,000 per square meter is expected to touch Rs. 2,00,000 per square meter by 2040 and 100s of Millions of square feet buildings will be constructed on various zones such as City Centre Zone, Knowledge & IT Zone, High access Corridor, Residential Zone and Tourism & Resort Zone.

Founders Meenakshi Khurana, MBA from IMT Ghaziabad, Vijay Kumar Wali, Ex PWD Officer and Rupinder Singh, with an MBA from Manchester Business School are successfully leading the company SmartHomes Infrastructure, with over 500 Acres of Land Parcels (and counting) under asset management, to fulfill the Greenfield Smart City dream into reality and be a leading developer in Dholera Smart City.